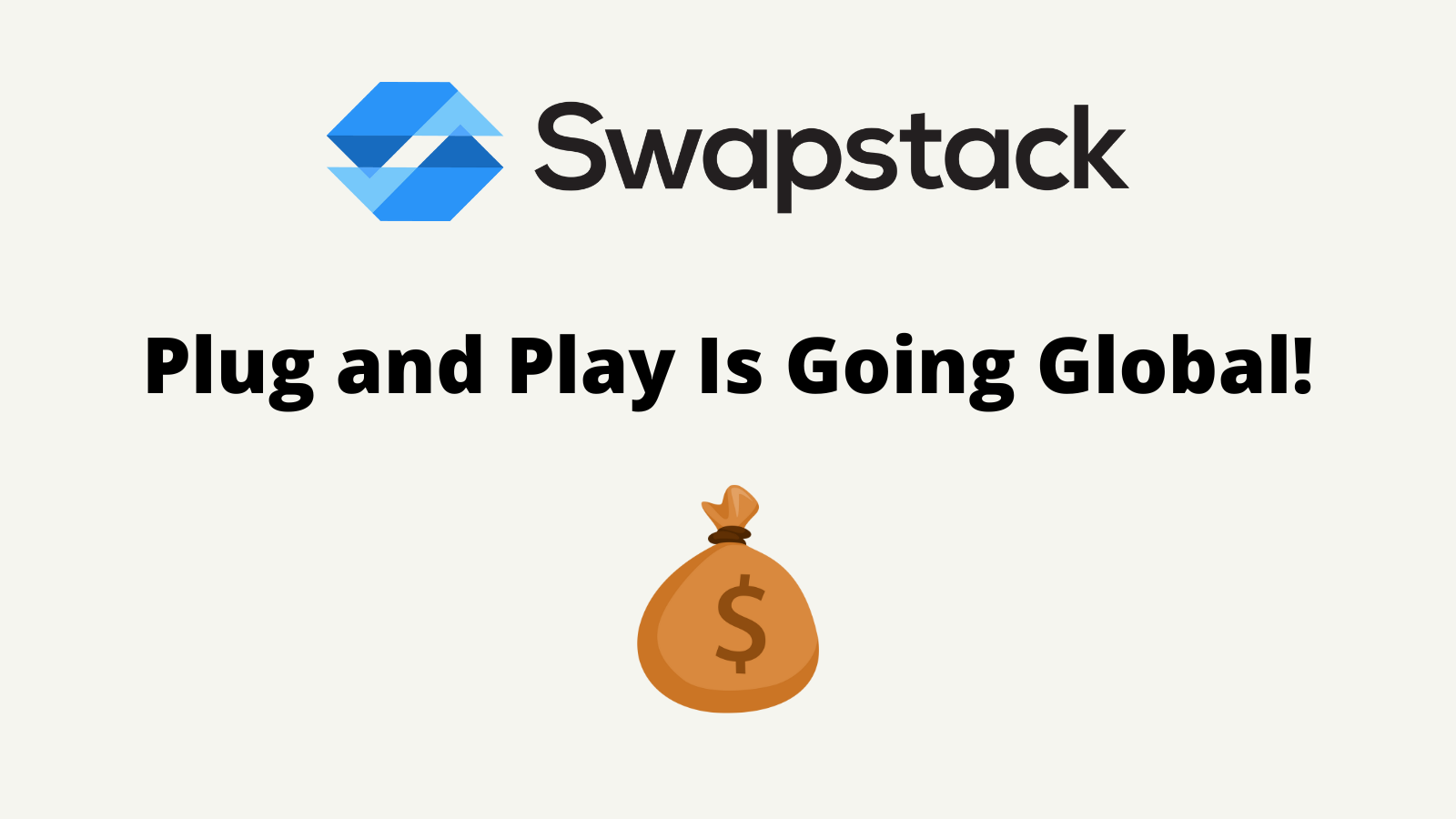 Swapstack is a platform that enables independent publishers (for example, email newsletter writers who use tools like Substack) to monetize their newsletters through sponsorships, affiliate deals and tip-jars.

Plug & Play, by Swapstack is a unique product that provides publishers with pre-approved affiliate deals that they can run whenever they want, and get paid based on the number of conversions they drive. The product enables publishers across the globe to have immediate access to high-paying affiliate sponsorships, while also enabling advertisers to launch risk-free sponsorship programs.

For the past 6 months, Plug & Play was in Beta and only available to a subset of users in the US, but is now coming out of Beta and will be available to all Swapstack users around the world.

The deals are presented to publishers as seen below. Publishers can run these deals by copying the suggested sponsorship creative & inserting it into their newsletters whenever they want. At the end of each month, the advertisers pay Swapstack based on the number of conversions driven, and Swapstack distributes payments to publishers. 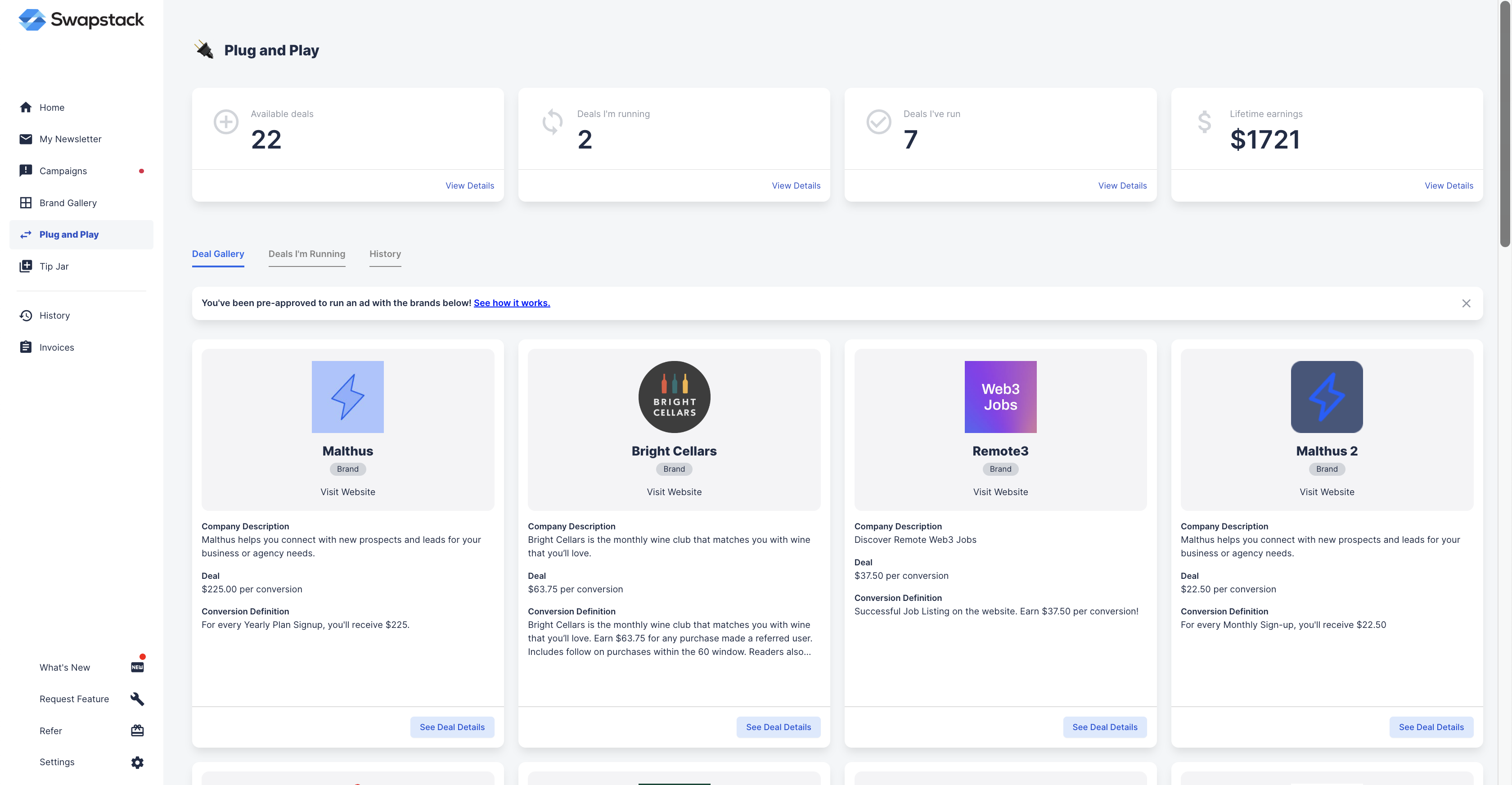 The Plug & Play deal gallery is where publishers can browse and run available deals. 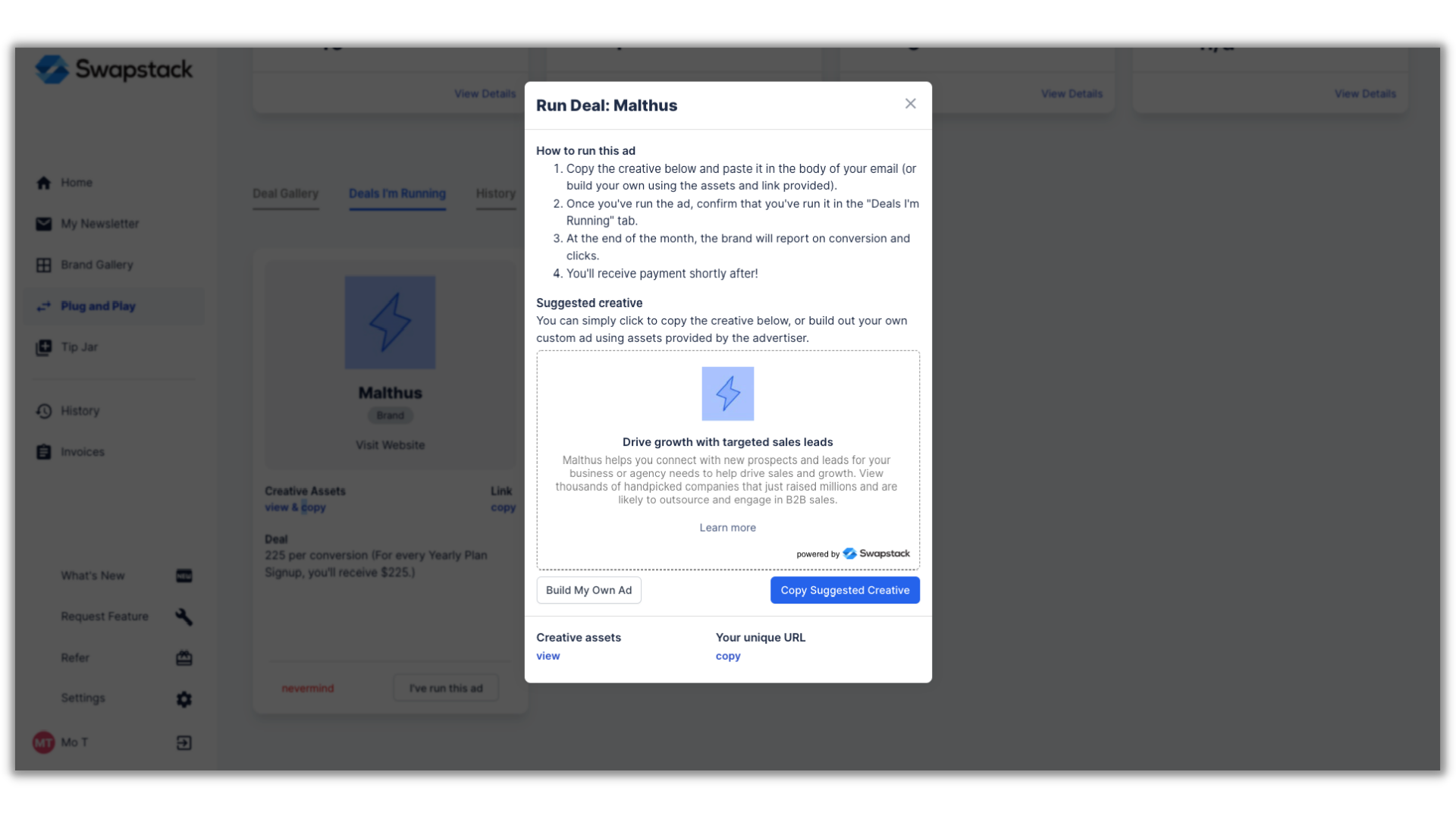 Built to fill all inventory, for all publishers: Plug & Play was built to enable publishers of any size to always fill their inventory. The smallest publisher to earn revenue with Plug & Play had a few hundred subscribers, while the largest had hundreds of thousands. No matter the size of your audience, you can use Plug & Play to fill your remnant inventory. 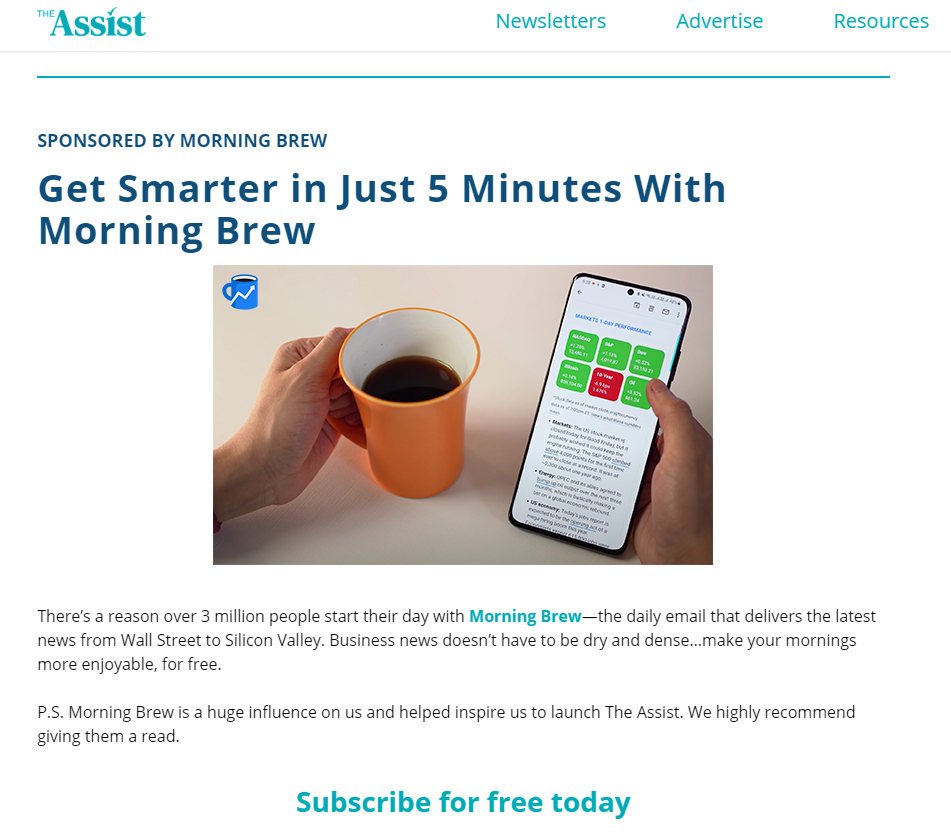